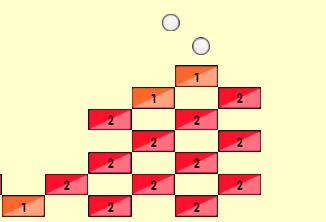 Idle Furious Balls is an idle block game in which blocks tend to be broken on the ground. The main balls that you have purchased are blocks that are broken, but the game is also made with a bonus tournament to break a lot of blocks.

Firstly, you would have to press the blocks to smash them and win the first money if you don't have money for the ball. Or you will be guided and an advertisement in exchange for game currency is sold to you. The classic cash money shop of which you can pump the strength of the balls and the prestigious one, in which prestige points are included, are not discarded. There are two changes that are purchased in this store during the collection of prestige points, the classic one. The game is also a success and has a boss battle.