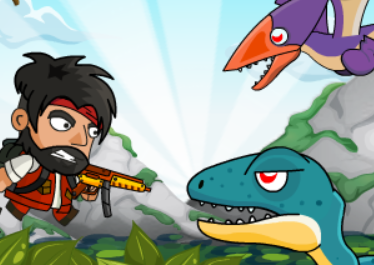 DinoZ Game: Smart dinosaurs in a safe science testing setting flee the laboratory with an unforeseen error! Scientists are often taken as robbers. Along with scientists, Dinosaurs would go to the forest to build different traps... You can try to rescue hostages in 2 player mode either by yourself or with friends.

You have to solve the puzzles in 16 separate stages as you attempt to clear traps. Save the hostages and collect dinosaur eggs at each level. To defeat the dinosaurs, you will use different weapons!