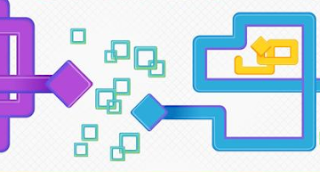 Snix.io is a fast-paced and epic multiplayer.io game. This title bears resemblance to the original classic Snake video, which many people loved on their Nokia mobile phones. To increase in height, you must control a snake and gather food spread around the map - control the snake closely and attempt to grow as big as possible. Make sure you don't run into your own snake body or you'll die!

You must also attempt to defeat the enemies in the ring by encircling them and catching them off guard. You can only destroy another player by causing them to collide with your snake body, so act quickly and run quickly! Have an eye out for other players and try not to be caught off guard!


Control: Prepare for simple-to-learn yet difficult-to-master gameplay. To navigate around the map, use the arrow keys or WASD buttons to control your snake rows.
Gain points to expand the tail and begin running quicker. Trap some in order to kill them, and keep an eye on your head! You will die if you run into the tails of others.
Features
—Very fast-paced gameplay
—When the pace increases, it becomes more difficult to navigate, particularly when there are a lot of snakes around.
—Skins that can be swapped out
—You will see the stats for the final game.
Strategy: Create tactics by using the tail. To trap the top scorers, chase them off. Allow them to collide with your tail and catch their remains as they explode. It's never been easier to win. Are you prepared to become the longest and best player in Snix.io?
Snix.io is an io game in the Slither theme in which the target is to become the longest creature on the planet. Check out this brand new io game that combines the classic snake game with an exciting io idea!
Move about, stomp on other snakes, and pick their leftovers! Take note: the longer the distance, the quicker the speed! Develop your abilities so that you can thrive as you are older. Can you build the world's longest snake line?
Related Games