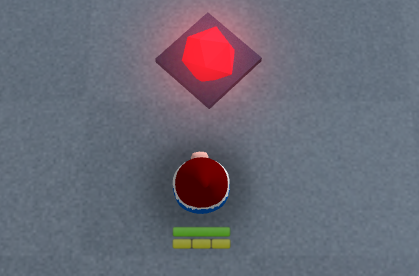 GemBrawl.io is a team-based strategy io game in which the aim is to collect gems! The gem mines are in disarray! Every gnome wants to be the richest, so they scavenge gems as quickly as they can while blowing up everything in their path. It's now your time to reach the mines and show the other gnomes who's in charge!

Control:
—To power the gnome, use the WASD or arrow keys.
—Use the space bar to insert a grenade, and hold and release to launch it.
Gems are worth 5 points each and respawn after a while. Green medikits will save you. Killing another gnome grants you a percentage of his ranking.
Features:
—A nice mash-up of an.io game and Bomberman.
—Includes an adorable gnome who can throw or put bombs to annihilate other players.
—To successfully harm others, good strategy and timing are needed.
—A complex mini-map that shows the positions of other players and gems
—Controls are easy to use, and the 3D vision is stunning.
Strategy: You get points by gathering gems or destroying other players with a high score. Running around searching for forgotten gem spawns might be a smart strategy. You and your friends may even overpower a space full of gems and block others from entering. You might even go about murdering other gnomes.
Throwing bombs is difficult, but mastering it gives you an advantage in fights. With proper pacing, you can throw a bomb and chase after it without getting injured. When pursuing other players, this is a useful talent.
The minimap can be helpful when strategizing or even in battle. Is there someone approaching you in the tunnel? You'll get the upper hand if you trigger your bomb at the right moment.
Gem Brawl is a fun io game with a special gameplay style - you control your very own adorable garden gnome and must walk around the map trying to blow up other gnomes by planting bombs! Move your gnome with the WASD keys and plant a bomb with the space bar - be careful not to get in the way of your own explosives or you'll kill yourself!
Use tactics and pacing to try to lure other players and lock them in a corner so you can drop bombs on them! Collect the red gems scattered on the floor to boost, refresh, and outfit your gnome with new accessories. Will you triumph in the gem brawl arena?
Related Games 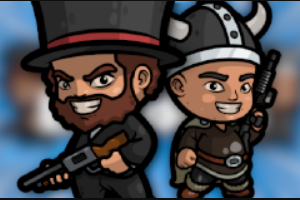