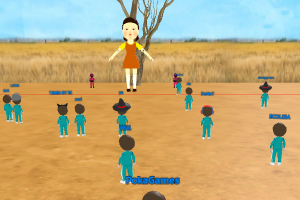 Squid-game.io is a no-cost .io game. If you want to play video games while listening to music, this is not the game for you. This is a game that takes your whole attention since the key to triumph rests in listening to the music. While you may have heard of the Squid game, we bet you haven't played it yet. So, here's a short and simple game that goes fast and is as quick as hell. It's difficult yet fair, enjoyable but irritating. Squid Game io is a game based on the premise of the South Korean survival drama TV series Squid Game, which is currently available on Netflix. You must participate in the intense survival struggle.

Control: WASD/ Arrow keys
How to play: So you've chosen to join the Squid Game, and you've got nothing to lose. The winner receives a substantial prize, so it's definitely worthwhile. All players are on a playground and must cross a line. A gigantic doll stands at the front of the queue and keeps an eye on everyone. You are free to proceed as soon as it sings its song. Those who continue to move after it stops singing will be shot instantly. Take care.
Squid-Game.io's video walkthrough: 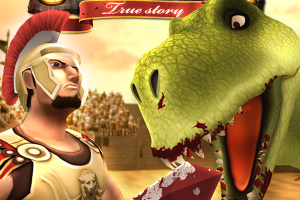