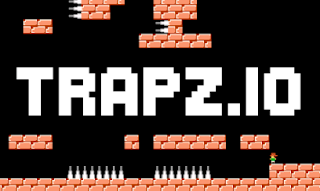 Trapz.io is an io game in which you work in groups to beat your enemies and win gold. Hello and welcome to Trapz.io! Play with your mates while you gather coins and escape deadly traps. Your only weapon in this game is a sword that you can swing with your left mouse button. Attack your enemies to destroy them and take half of their gold, but beware of traps hidden around the corner.

Control:
—AD to move
—W or space bar to jump
—Left click to attack
Features:
—The.io edition of Trap Adventure 2 with the same character and items
—There are several lethal spikes that can injure you.
—By scaling the platforms and ignoring the pits, you can enter a higher location.
—Collect coins to boost your ranking.
Strategy: Collect more coins to become the server's boss. The higher you leap on the level, the more coins you can win. If you are injured, your health will be restored by hearts. Play Trapz.io for epic multiplayer wars!
Trapz.io is a fun and intense multiplayer io game in which you must try to slay other players while avoiding the map's numerous deadly hazards and traps. This game is based on the classic platform game Trap Adventure 2 and shares much of the same graphics, music, and gameplay elements. You control a character wielding a massive sword, which you must use to defeat anything in your path!
Move through the level collecting coins to improve your score – keep an eye out for other players and aim to dodge their swords or they can kill you first! Be careful of traps and hurdles, since they can also immediately destroy you. Trapz.io is an excellent addition to the franchise, bringing a whole new style of gameplay to this classic title.
Related Games 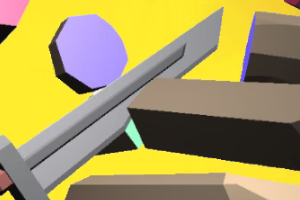