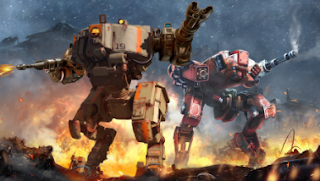 Robostorm.io is a multiplayer robot fighting game that is fast-paced. Compete against players from all over the world and watch juicy 3D devastation!

Control:
- To drive the robot, use the WASD buttons.
- Use the mouse pointer to aim.
- Use the left and right mouse buttons to aim left and right arms.
- To run, press Room.
- To unlock the shield, press Shift.
- Press B to use the shop menu.
- To adjust the sound/fullscreen/quality settings, press Esc.
Rules:
- You command a robot and are a part of one of four teams (marked by nickname color). On the map, there are four teams and five capture points, and your goal is to help your team take control of the majority of these points while shooting enemies.
- You can earn XP by defeating enemies and winning points, which you will then use to purchase valuable upgrades.
- Damaged robots can be restored in small repair cabins found at the map's corners.
Tips:
- Don't forget to patch something.
- Don't hesitate to invest in improvements.
- Note to use both arms.
- Experiment with various firearms.
- Shotgun shots are more effective when fired close to the enemy.
- Bombs bounce off walls, making for indirect killing.
- Flamethrower spreads small flames, one of which can ignite any robot. Take note not to light your own fire. It can be used to slow down opponents.
- You can take damage from your own bombs, so use caution when using rocket launchers and grenades.
Related Games