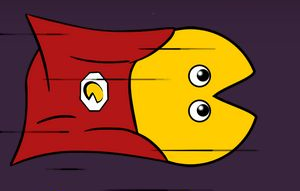 Paceman.io is an.io game influenced by Pac-Man. You will speed up your movement by eating glowing points. To consume other players, you must strike them from behind. You will bounce if you do not. Eat power-ups spread across the map to gain an advantage, but be cautious: not everyone has a positive impact. Under all costs, avoid hitting circular saws; they will kill you. Collect as many points as you can to top the leaderboard!

Source: http://paceman.io/pokagames
Control: Move the mouse and change the direction of the movement. Hold the left mouse button for a few seconds before releasing it to sprint.
How to play: Pacemanio is played by actually manipulating the rotation of your Paceman. Paceman is controlled by pushing your cursor, in which case Paceman io will move towards your mouse. Paceman can also be managed using the A and D buttons, as well as the left and right arrow keys. Paceman can also perform a powerful 'dash' motion by holding down the mouse button or spacebar for a brief amount of time before releasing. Paceman would first slow down when 'charging up,' and then run very quickly forward in a 'dashing' move upon freedom. You will eath other players by striking them precisely from behind; otherwise, based on the speeds, you all bounce.
Strategy: Paceman's aim is to get the highest score possible. In this respect, the most obvious approach is to play cautiously to earn as many points as possible. When you eat other players, they lose some of their points, which you will then take. You should also concentrate on acquiring forces, which can, for example, increase the rate at which you earn points.
Related Games