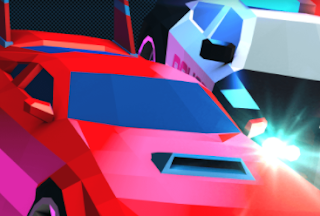 CarJack.io is an intense multiplayer arcade game in which you race down a highway at insane speeds against other players from all over the world. You're driving away from the cops on a highway jammed with cars because it's rush hour; don't wreck or the cops can catch up to you in no time. Your racing car is outfitted with nitro oxide, which you can use at any moment to give your car a speed boost that might win you the race. You will boost your car's performance by customizing its appearance and components.


Control:
—W or up arrow for acceleration
—AD or left/right arrow for steering
—Shift or space bar for nitro
Features:
—A enjoyable 3D.io car racing game
—Auto parts and accessories that can be customized
—New vehicles that can be purchased
—A single race can have up to 8 teams.
Strategy: Launch from the starting line, avoid police, motorcycles, and roadblocks, raise, and finish first to win loot. In the Garage, you can upgrade and modify your vehicle to go much further - in style.
CarJack is a car. io is a racing io game with nitro boost that is free to play.
"Boost fast, race hard in 60 seconds ..."
Drag car racing at high speeds with loot prizes and customized engines!
Related Games