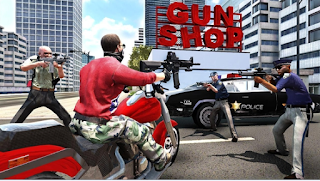 Play as a true gangster, and the whole city will be laid out in front of you. The city's style is similar to that of Miami or Las Vegas, but it is actually New York! Create a name for yourself as a street crime boss. You'll face off against a number of mafia gangsters from the United States, Russia, China, and Mexico, as well as normal citizens. The game is set in a totally open world, so you can spend hours upon hours exploring it Off-roading in the woods, stealing and driving supercars, and shooting with powerful weapons are all options. You can also purchase a variety of items in a shop to aid you in completing tasks and purging the city of mafia criminals. The majority of the missions will take place on the streets, with some taking place in Chinatown and some in gang lands. Are you up for a GTA-style criminal theft adventure? Prepare to rob, murder, shoot, and fight! Taking motorcycles, eluding police, speeding down parks, and assassinating other gang members... Will you have the confidence to climb to the top of the criminal food chain?