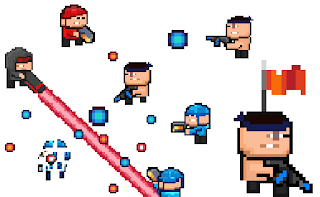 SuperCTF is a multiplayer capture the flag MOBA shooter in which you work in groups of 1-4 players to capture the opposing flag while protecting your own! Players can choose from a variety of roles, weapons, skills, and utilities to engage in ever-changing encounters and strategies. Maps are varied, and special powerups are available to make goals more interesting. The game performs well as both a casual and competitive game; there is a ranking leaderboard feature that displays the top 80 players on the game's front page and is continually updated. This is accompanied by an MMR-based ELO method.


Control: The game is designed to be played using a keyboard and mouse, but it can also run on a desktop with a touchpad (I, the creator, personally play it on a track pad). The game is also playable on mobile devices, but we prefer using a phone.
Related Games