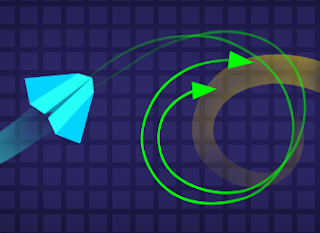 SkyRoyale.io is a fighter pilot training game in which you attempt to conquer the skies by airborne combat. You must beat others in dogfights as you soar across the map in cutting-edge fighter planes, avoiding destruction and using maneuvering maneuvers to avoid incoming fire.

When escaping your opponents with tricks, use stealth mode to render yourself invisible to others in order to position yourself for an attack. Put the enemies in your cross hares and shoot away to drive them off. Best wishes!


Control: Control the plane with the mouse, and use the space bar or left mouse click to launch missiles at other planes. Hit and kill them in order to get more missiles to expand your plane. By right-clicking the mouse or pressing W, you can enter stealth mode and transform into a ghost plane.
Strategy: Target and launch missiles at other aircraft. The more aircraft you shoot down, the more rockets you'll get. To live and win points, you must dodge the missiles that are pursuing you. Are you prepared to dominate the sky war right now?
Features:
—An intense.io game about plane battles
—Many plane models to choose from
—Fast-paced gameplay that depends on reflexes
— The airplane's stealth mode
SkyRoyale.io is an io flight arena game in which the objective is to be the last plane to fly. Check out Clown Games' newest io game right now!
Go into the arena, aim and launch missiles at the jets, kill them, and avoid missiles to survive.
Related Games