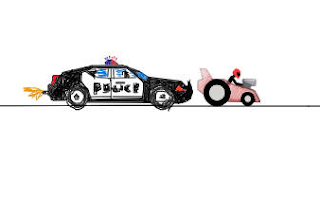 Paper Racer is an exciting and exclusive arcade game in which you must ride a motorcycle around a variety of tracks and obstacles. The visuals in this game are all hand-drawn, giving the impression that you are running through a coloring book. To begin, enter the career mode and go through the tutorials to familiarize yourself with the game mechanics – the tutorials will teach you how to navigate the bike and the various elemental effects you will experience, such as gravity shifts, weapons, bombs, and loops.

After completing the tutorial, you can proceed to the career mode and attempt to complete each stage. The gameplay is awesome yet difficult, and the diversity of obstacles and gameplay is incredible. Aside from the career mode, you can also compete against other teams, create your own tracks, and buy various vehicles and avatars from the shop. Enter the world of paper racing right now!


Control:
- Acceleration is shown by the up arrow. It's essentially a gas pedal that propels you along.
- Down Arrow: This acts as a lever, bringing you to a halt nearly immediately after you engage it.
- Use the left arrow to tip the Paper Racer to the left.
- Use the right arrow to tilt the Paper Racer to the right.
- Z Key: Use this key to turn your Paper Racer around and adjust its facing.
- The Space Bar key does the same function as the Z key.
- The Enter Key allows Paper Racer players to re-start from their most recent checkpoint.
- Backspace - Using the BackSpace command, Paper Racers will restart from the previous checkpoint.
- The WASD keys in Paper Racer perform the same function as the Arrow Controls.
Features:
- Six different tracks, including a monster truck, a motorcycle, and a race car.
- Teleporters, arms, and gravity switches!
- Animation in cartoon form
- Over 100 campaign tracks in a variety of cultures and settings
- Compete against people from all around the country.
- The freedom to design your own tracks and cars, which you can share with other players.
Paper Racer io is an adorable io racing game with paper designs. Strap in for some serious racing in paper form. Don't be fooled by the hand-drawn graphics; this driving game packs a lot more punch than others. Paper Racer includes custom tracks created by other players from around the world, as well as the ability to create, modify, and upload your own custom tracks. You will compete on tens of thousands of tracks created by other players in the game! Paper Racer Online differs from most racing games in that it does not confine you to a static, stock car.
Anything in Paper Racer io game can be customized! Play by yourself, against the machine, or with a pal on one of the thousands of user-generated race tracks.
If you like to play campaign mode, solo mode, or challenge a mate, Paper Racer is a driving game that has everything you might possibly desire.
Related Games