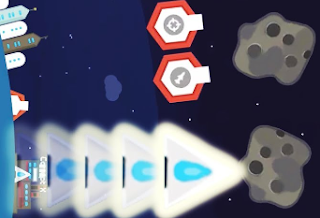 Microgravity.io is a space-themed 2D shooter io game in which you must create a conquering civilization. Gather resources to build a civilization on an earth. Build defences and take over the planets of other players.

Control:
- Move: WASD or arrow keys
- Aim by Mouse
- Fire: Left click or Space
- Boost: Shift
- Chat: T key or Enter
- Select Weapon: Q key and E key
- Directional Thrust: Right Click
- Directional Reverse: Middle Click
- Toggle Alliance: R key
How to play:
—Resources can be obtained from asteroids and mines.
—Construct towns to provide workers to factories and mines.
—Construct factories to amass rare weapons.
—Forge alliances in order to dominate other worlds.
—Be aware of worlds' scarce wealth.
Features:
—2D graphics with complex objects
—Various buildings to put
—Lots of circular worlds to build on and take over
— A nice mix of shooting and administration gameplay
— Mini-map to see where you are in the room
— Landing on a world in an instant
— The function of alliance
Microgravity io is incredible. io game in which you challenge other players in outer space while attempting to construct worlds on various planets. To maintain a strong colony, you must gather resources and create cities while maintaining the supply and demand levels balanced.
As you advance, you will be able to build factories that will arm your people with weapons and equipment. Each planet you visit has its own magnetic field that pulls you into the centre. To remain close to the earth, jump and land in the atmosphere. Build to endure as long as possible. Best wishes!
Related Games