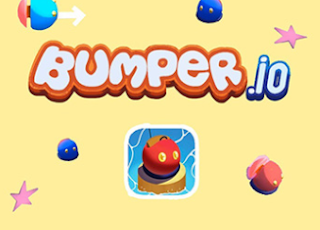 Bumper.io is a fantastic bumping game in which you must bump other players in order to drive them off the map. Only be cautious when moving and you don't want to mishit and be moved backwards. Eliminated players raise your stature, giving you more leverage to drive. Best wishes!

Control: To switch, drag the left mouse.
Features:
—A short and enjoyable gameplay with a physics aspect
—Different map locations
—Increasing in size as you remove other players
—A poor red spot that raises the space between bumps
Strategy: You must drive the others off the stage while avoiding being struck. If you are knocked out, the game is over. A word of advice: in Bumper io, every player has a large red button. If you press the button on your opponent, the force of the effect will be even greater. Aim for the red pieces to become the island's monarch.
Related Games