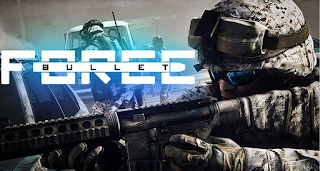 Bullet Force is a modern 3D first-person shooter game that can be played solo or online. The game is free to download and play on all major platforms. Blayze Games, a gaming studio based in the United States, was in charge of Bullet Force.

Control:
- To switch, use the WASD keys.
- Jump with the spacebar, chat with the T, and fire with the mouse.
- To pause the game, hold down the shift key and press P.
- G to fire a grenade Enter to respawn
- E to take up a weapon
- To use a knife, press F.
- To reload your pistol, press R.
- C to crouch, 2 to switch arms
- Killstreaks are regulated using the arrow keys.
- The score is regulated by the tab key.
Features:
- Play against other players from around the world in multiplayer mode, or compete against bots in  -practice mode.
- There are various weapons to pick from (including M4A1, Compact .45 or M67 Frag)
- Several game modes are available: Conquest, Team Deathmatch, Free for All, Gun Game, or Team Deathmatch
- With a different selection of weapons, you can configure the load-out.
- Credits are used to purchase additional weapons.
- Kill streaks have particular powers that can be used in the game.
- 3D graphics of exceptional consistency (customizable in the settings menu, depending on your graphics card)
- There are several playable maps of different themes.
Related Games