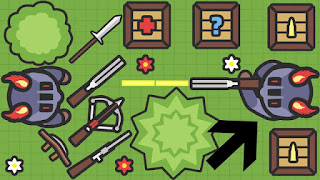 Foes .io is a real-time online 2D battle royale shooter where there are no friends and everyone is an enemy. This is a unique .io game that has a slightly different gameplay than other current titles - instead of playing an endless game, you have to compete in battle rounds and try to be the last one standing. . In each battle round, you must fight against other players and try to survive - if you are killed, you cannot revive until the next round.

Scattered throughout the map there are many weapons you can use. To pick up a weapon from the ground, you just need to hover over it and press F. There are also a bunch of mysterious crates and health packs you can collect - mysterious crates can hold weapons Boosters or powerful weapons and health packs heal your hit points. While swords and axes are great melee weapons, guns will give you an advantage so always try and pick up the gun first! Can you be number one in the arena? Or will you make an early exit and be picked out quickly? Play Foes io now with SHEEP8! Entertainment with passion! 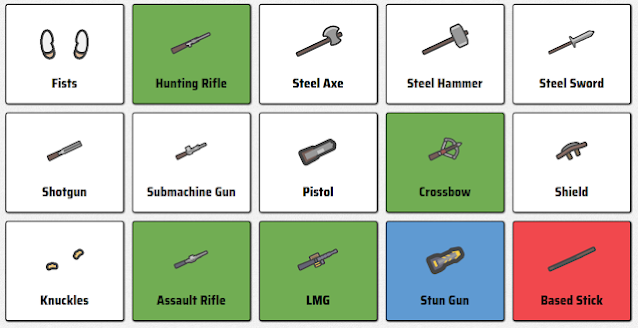