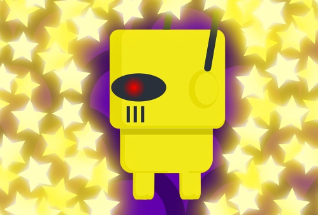 Stomped.io is a free-for-all, multiplayer online fighting arena with an easy, classic game at its core: stomp other teams! Your sole goal is to become larger by gathering stars and stomping on other players in order to steal their stars.

How to play:
- Use your cursor to move your jumper left and right in the arena.
- Collect stars to rise in size.
- Click to launch a smash attack and fall straight away!
- Stomp other teams in order to snatch their stars. Don't get trampled!
Strategy:
- When you stomp a smaller team, they squish and loose all of their stars.
- When you stomp a bigger player, they lose half of their stars (size).
- If you cause a player to lose a star, half of it spills out into the local field, and the other half is yours!
- So, when you're small (all players begin with size 10 stars), you can visibly expand by simply accumulating stars (each of which adds 1 to your size), but inevitably you'll want to concentrate on stomping on other players to grow faster.
- Since larger players are bigger, as they collide with a smaller player, the smaller player is pushed out more.
- There is no limit on the number of smash attacks you can do. It doesn't do any more harm to other players than just jumping on top of them, but it's a fast maneuver.
- Take advantage of ledges! You can jump over ledges from below, but you can't plunge through them from above.
Related Games