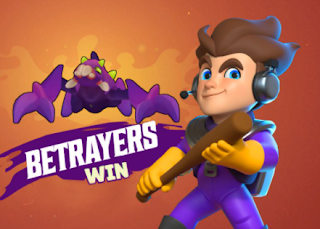 Like Among Us, Betrayal.io is a multiplayer social deduction game. You would play as a crew member or a 'betrayer,' a shadowy saboteur. The betrayer must sabotage operations while the rest of the crew must finish all of their tasks without being killed.

Control:
- To move, use the WASD or arrow keys.
- To interact, press the space bar or press E.
- To open the map, press M.
- To close an open interface, press Esc.
What is Betrayal.io and How Do I Play It?
Compatriots: All duties must be completed without any members of the crew being killed. If you have a suspicion who the traitor is, call a meeting and have a vote to expel them.
Betrayers: Betrayers have the ability to interrupt crew operations and remove crew members. There are vents that betrayers would use to sneak around unnoticed. As a betrayer, you must kill all of your crewmates in order to win the game.
Sign up: Betrayal.io can be played in public internet games or in private rooms with friends. Signing up for an account allows you to keep track of your progress and moniker. Characters can be dressed up, have different hairstyles, and even have dogs!
Related Games